3 Mistakes Preventing You From Selling Your Restaurant

AVOID 3 Mistakes that can Prevent You From Selling Your Restaurant by following this advice:

If you’re one of the millions of Baby Boomers and others thinking of selling your restaurant in the next several years, consider this: The top mistake sellers make is having unrealistic expectations, according to a recent survey of business brokers and advisors. Poor financial records and declining business sales are two more.

By many accounts, the number of businesses on the market is on the rise, with the retirement of Baby Boomers a main driver.

Indeed, 2 out of every 3 private-business owners surveyed recently by Pepperdine University said they expect to transfer their ownership interest within the next 10 years.

Unfortunately for many of them, a deal might never happen.

A separate Pepperdine-led survey of business brokers, found that more than half of their deals for Main Street businesses — those with revenues of $2 million or less — terminated without a closing. Rates for busted deals were especially high among the smallest firms, according to the survey by Pepperdine, The International Business Broker Association and M&A Source. And while brokers and advisors weren’t asked to give the specific reason deals fell through, they and respondents in past surveys point to unrealistic asking prices.

“Business owners don’t know what they don’t know,” said M&A Advisor Scott Bushkie, principal of Cornerstone Business Services Inc. and a Certified Business Intermediary. “Most have only had one business in their lifetime, and it’s their nest egg. They hope and pray it’ll be as big as they need it to be to get them through retirement.”

Like a proud parent, these owners see the business in the most favorable light possible when it comes to pricing, Bushkie said. “When you come in overpriced, you might find buyers who are really intrigued about your company and who are great buyers, but they start thinking, ‘This person’s crazy’ or ‘No way can I get this financed,’ so it sits on the market too long.”

Bushkie recommends business owners plan in advance by periodically seeking valuations or even less formal estimates of value along with a market analysis.

Another top mistake that hurts sellers’ chances of a sale is when the business has poor financial records, according to the survey. “It all comes down to credibility,” Bushkie said.

The key, then, is an early start, according to Brian Hamilton, chairman of Sageworks, a financial information company.

Entrepreneurs are often good at the daily operation of a business — knowing how to make the product or generate sales. But because understanding financial statements isn’t as obvious to some of them, they may think of examining them only around tax time, Hamilton said.

“Smart business owners will use their financial information anytime they are making a decision about their business,” he said.

By using sound financial information, owners have a better opportunity to develop the long-term value of the business required by their personal and professional plans, according to Hamilton.

Even small businesses without the resources to hire top talent full time can get their books in order, and Bushkie recommends they do so at least three years prior to selling. Whether it’s a bookkeeper for five hours every two weeks or reviewed financial statements from an accounting firm, the efforts will boost business credibility when it comes time to sell, he said.

The final mistake that hurts sellers’ chances of a sale is declining business sales, according to the Pepperdine-led survey.

“Sales growth is an important metric because it shows the potential buyer how products and services are being received by the market,” Hamilton said. “In addition, since sales dollars are used to pay for expenses, which continually increase, it’s important to have healthy sales growth.”

Bushkie considers weakening sales growth more of a symptom than a reason deals go bad. “Unfortunately, most business owners make the decision to sell more of an emotional issue than a financial issue, and they end up holding on too long. When the passion’s gone and it’s not fun anymore and they’re not in it 100 percent, six to nine months later, the business starts showing the symptoms of them checking out,” he said.

One client had been profitable for 80 years but the year the owner decided to sell was the first unprofitable one. “Guess which year the buyer puts the most value on?” Bushkie said. “The client probably lost 30 to 40 percent value in their company just because they held on one or two years too long.”

Focusing on sales growth is especially critical in the years leading up to a possible sale. For many privately held companies, sales trends now are as good as they’ve been in years. The market for selling may also be peaking, Bushkie said.

“On the small Main Street deals, I would say that as far as the economy, stability in the marketplace, confidence in the marketplace, political issues going on or not, lending, interest rates — if it’s not a seller’s market right now it’s not going to be one for quite some time,” he said. 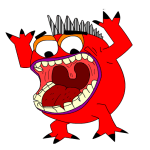 Search our buyers at SEARCH OUR BUYERS, email or call us to discuss your opportunity.  It may fit an active buyer’s search criteria.

3 Mistakes Preventing You From Selling Your Restaurant