After a record-breaking 2015, M&A activity is on the decline.

Worldwide M&A activity for the first nine months of 2016 is down 22% from the same period in 2015, deal-making activity is down 32%, and PE-backed deals are down more than 27%, according to data released by Thomson Reuters.

We checked in with three deal professionals to see how these trends are being felt in the middle market, and get their predictions for the months to come. 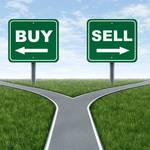 What trends have you noticed over the past year?

“As to be expected in an election year, there’s some of the normal wait-and-see chatter, but there really has not been a discernible new trend that’s developed in the markets we track. Deal flow remains as strong as ever and the quality of the businesses we see are outstanding. Anecdotally, we are hearing from investment bankers and service providers (lawyers, accountants, etc.) that an unusually high number of transactions are failing to close. This is likely a dynamic resulting from some combination of premium pricing (perhaps we’ve hit the peak), uncertainty around the election, under-prepared businesses coming to market, and/or tighter credit markets.”
-Eric Mattson, Excellere Partners

“The deal activity we have seen has been strong all year. We expect this positive activity cycle to continue into 2017. Today, in the middle market, prospective buyers are looking for companies with very specific factors, and are willing to pay for them. Some of these factors include: that they have defensible market positions, stable historical growth, a solid plan for future growth, and that they provide added value to the existing company.”
-Mike Richmond, The DAK Group

What do you foresee for deal activity and volume in Q4?

“Post-election, we expect to see deal activity pick-up. The wildcard here for private equity is what happens in the debt markets.”
-Eric Mattson, Excellere Partners

“We see 2017 as a very strong year with transaction multiples at or near record highs. Financing will still be readily available, though borrowers may have to work harder to obtain higher leverage and the best terms. Mergers and Acquisitions volume and valuation trends are cyclical and there is no way to predict how long the favorable environment will last. Business owners considering a future exit strategy may want to begin preparing now if they hope to take advantage of the current climate.”
-Mike Richmond, The DAK Group

Is there a particular industry in which you foresee a decline in activity? Why?

“Given the concerns over a possible correction, discretionary markets and large capital goods markets could see some deal pressure in the coming quarters.”
-Eric Mattson, Excellere Partners

Is there a particular industry in which you foresee increased activity? Why?

“Business services. The uneasiness in the economy will affect these companies the most as they tend to be less sticky, so their owners may want to sell.”
-Arun Prakash, Carbon Arrow Advisors

“We are seeing a lot of activity in niche manufacturing, value added distribution and the industrial markets, particularly in the Northeast. In addition, there has been an uptick in all healthcare-related businesses.”
-Mike Richmond, The DAK Group

“There are number of ‘prognosticators’ who are predicting an economic correction in 2017-18; therefore, the safe bets are in non-cyclicals and those sub-sectors that perform well in tighter markets. In addition, given the unfortunate reality of terrorism here in the US, we see the security and safety market as having a strong tailwind. Since the recovery has not really created a bubble scenario, we’re not overly concerned with the magnitude of a potential correction.”
-Eric Mattson, Excellere Partners

In your opinion, what external forces have shaped or will most significantly shape dealflow in Q4 and 2017?

“Absent a significant geopolitical event that disrupts the global capital markets, or a severe tightening of credit, we’re not seeing anything on the horizon that’s signaling a dramatic change in the M&A markets. PE still has massive amounts of capital to deploy, the public corporations still have growth targets to hit, and mid-market business owners are approaching retirement age at an increasing rate. Therefore, Mergers and Acquisitions will remain strong for the foreseeable future.”
-Eric Mattson, Excellere Partners

“In 2016, the single factor that has helped M&A activity has been the economic stability of the United States. The economic strength is providing record high amounts of cash being used for investing in acquisitions. This stability has also continued to attract foreign buyers interested in investing here.”
-Mike Richmond, The DAK Group

“If there was one event that would have a major effect on deal flow the next few quarters, it would be whether the Fed raises rates in November or December. If rates go up, overall deal acquisition multiples may decline, which could stall some deals and deal flow. Certainly the election, especially if Trump wins, could have some impact as a result of post-election volatility and uncertainty, but interest rates, in my mind, remain a key driver of financing and multiples and trickle down to affecting deal flow.”
-Arun Prakash, Carbon Arrow Advisors